This week’s Declarer got to a great slam but he forgot to make his contract. It was just too easy. 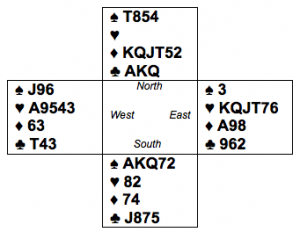 Declarer ruffs that ♥A opening lead and, without pausing for thought, cashes the ♠A and ♠K. When East shows out on the second round of trumps, Declarer ponders awhile (it’s a bit late now!) before realizing that “Oops!” and not “Yippee!” is the appropriate exclamation. Yes, indeed, Declarer has goofed mightily. He cannot draw the last trump (that would let the defense score a Heart and a Diamond), so he ruffs a Heart on the board and exits with the ♦K. But that doesn’t work, either. East wins the ♦A and returns a Diamond which must be won in Dummy. Now Declarer has no way back to his hand to draw that last enemy trump. He’ll cash a Diamond and lead another one, but, when East follows to the third round, Declarer will know that his goose is cooked. Whether he ruffs high or low, West’s ♠J will score a trick. Down one!

Of course, the winning line is to ruff the opening Heart lead, cross to the ♠A, ruff another Heart, and then draw trumps. Now is the time for that yippee. Trick 1 was the time for thinking. 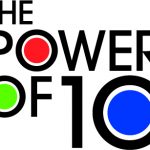