The Bath Coup is well known by now:

West leads the King and Declarer craftily ducks. Now if West continues he gives Declarer a second trick in the suit. The rule for East here, when holding Jxx, is to encourage with his higher spot card, hopefully that agreement will save West from the ignominy of the Bath Coup.

However, in the diagram above, Declarer pulled off what has been termed as the “Anti-Bath Coup”. Against 3NT, West led the ♥K and Declarer could have ducked this trick in order to lure West into a Bath Coup. But Declarer could see that a Diamond shift might be fatal, so in order to muddy the waters he played the ♥J on the first trick! Our (gullible) West assumed that Declarer had started with ♥AJ doubleton and continued Hearts, won by Declarer’s Ace. The Club finesse was lost, but East was out of Hearts and Declarer had 9 tricks. Of course, a Diamond shift at Trick 2 beats the contract, but Declarer’s clever false card diverted West from the winning play.

Yes, West erred grievously! After that first Heart trick (King, Five, Three, Jack), he should have smelled a rat. Where was the Two? East would not play the Three from 732, instead he would play his lowest card saying “I don’t have the Jack!” So, an alert West (and one who trusted his Partner to signal correctly) could have figured out that Declarer had false-carded. But, in the heat of battle, such clues can be missed! 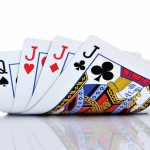 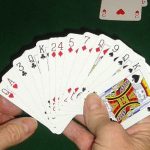