This month we take a look at “trump promotion”. Put yourself in the West seat, defending 4♠.

To start with, please locate a sheet of paper or your morning slice of toast (marmalade side facing up). Place it diagonally across the diagram, so that only the West and North hands are showing. As West, your opening lead is the ♣A on which Partner plays the Seven and Declarer the Nine. Next, you cash the ♣K (everyone following the suit), then the ♥A. You’ve cashed your three winners, where’s the setting trick? A Diamond ruff? No, Partner had two Clubs, and can hardly have more than two Spades. He cannot have 2=9=0=2 distribution, with that shape he would surely have pushed on to 5♥. The only other possibility is a trump trick. Yes, indeed! The magic card here, amazingly enough, is the Spade Six! You lead another Club, and if East ruffs with the Six he forces Declarer to overruff with an honor, promoting a trick for your ♠J! This form of trump promotion is known as an upper-cut, and East must ruff with the Smashing Six to deliver the knock-out blow. Ruffing with the Feeble Four would be no more than a tickle under Declarer’s chin.

A Second Upper-Cut! Next, imagine that East is Declarer, playing in 4♥. South cashes the ♠A, ♠K, and leads a third Spade, which North ruffs with the ♥J. Another upper-cut, promoting South’s ♥T? No, Declarer simply pitches away his Diamond loser and makes his contract. Let’s have a do over. After cashing the top two Spades, South cashes the ♦K, and then leads the third Spade. Now Declarer really is done for, this time the upper-cut sets the contract. 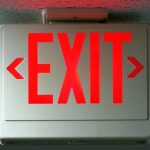 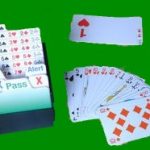